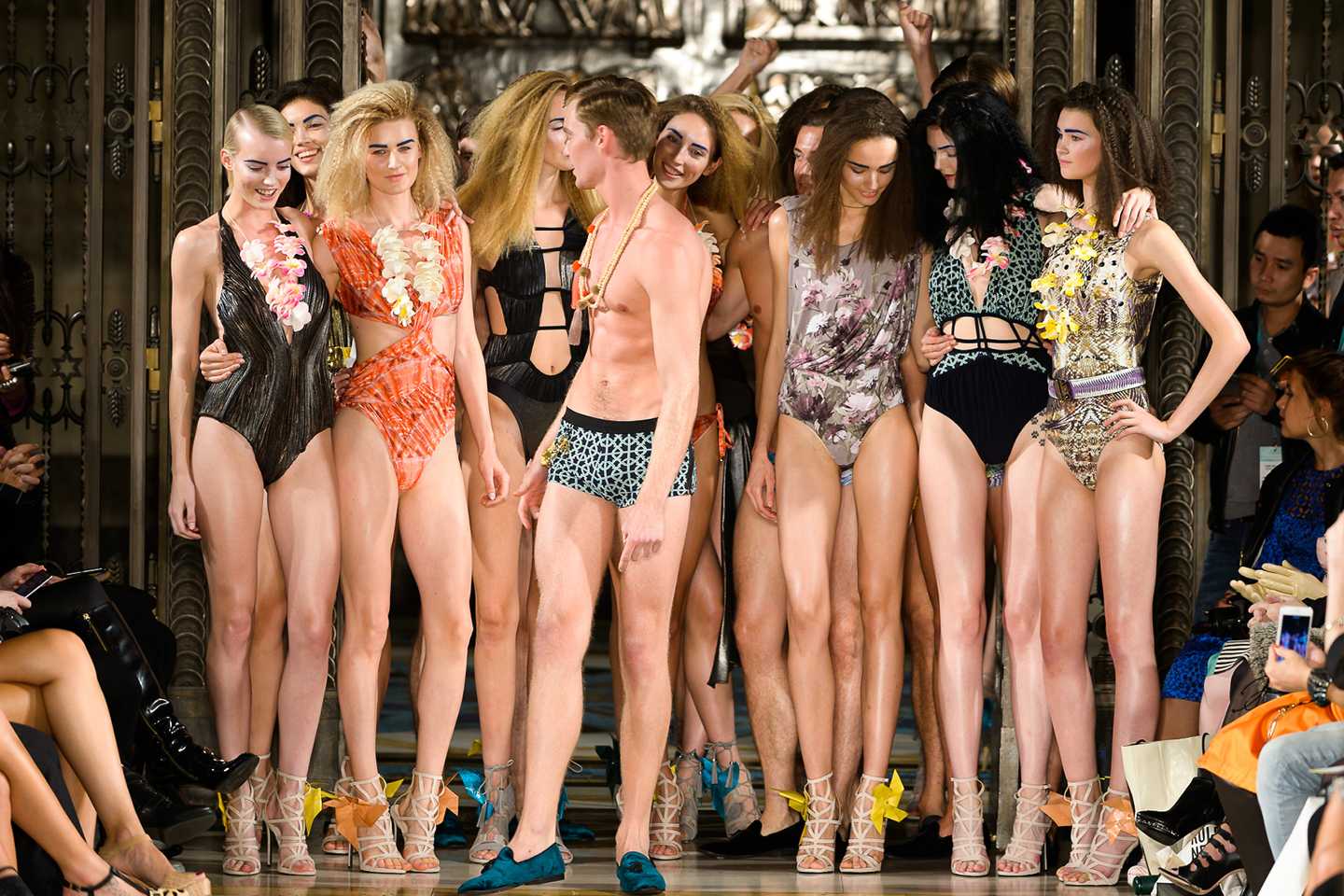 Arriving in london in 1996 from the vibrant city of singapore, Ashley embarked on his fashion journey attending Central St Martins College of Art and Design. Ashley’s debut collection was launched in november 2000 to critical acclaim and he has continued presenting his collection at fashion scout each season.

Recognised for his signature draping and razor cut tailoring, Ashley Isham's distinctive blend of high-octane glamour and contemporary chic has won him an army of followers devoted to his vision and design philosophy.

Simultaneously contemporary yet elegant, the dresses Ashley creates possess a unique handwriting synonymous with the designer and were born to be on the red carpet. Little wonder then that Ashley was the Official Designer at the 2004 BAFTAs and boasts an increasingly high profile clientele ranging from stars of film and television, catwalk, music and the British and international royalties.

Stylish, flamboyant and elegant, the new pieces are a reflection of not only his outstanding artistic bent but also a fashion forward acumen honed from years of designing haute couture collections for the world’s most noticeable celebrities. Including Florence Welch at the 2010 Brit Awards, Christina Aguilera at the 2007 Grammy Awards, Princess Zara Philips, Kylie Minogue, Cheryl Cole, Nicola Roberts, Sarah Harding, Nadine Coyle, Lady Gaga and Paloma Faith.