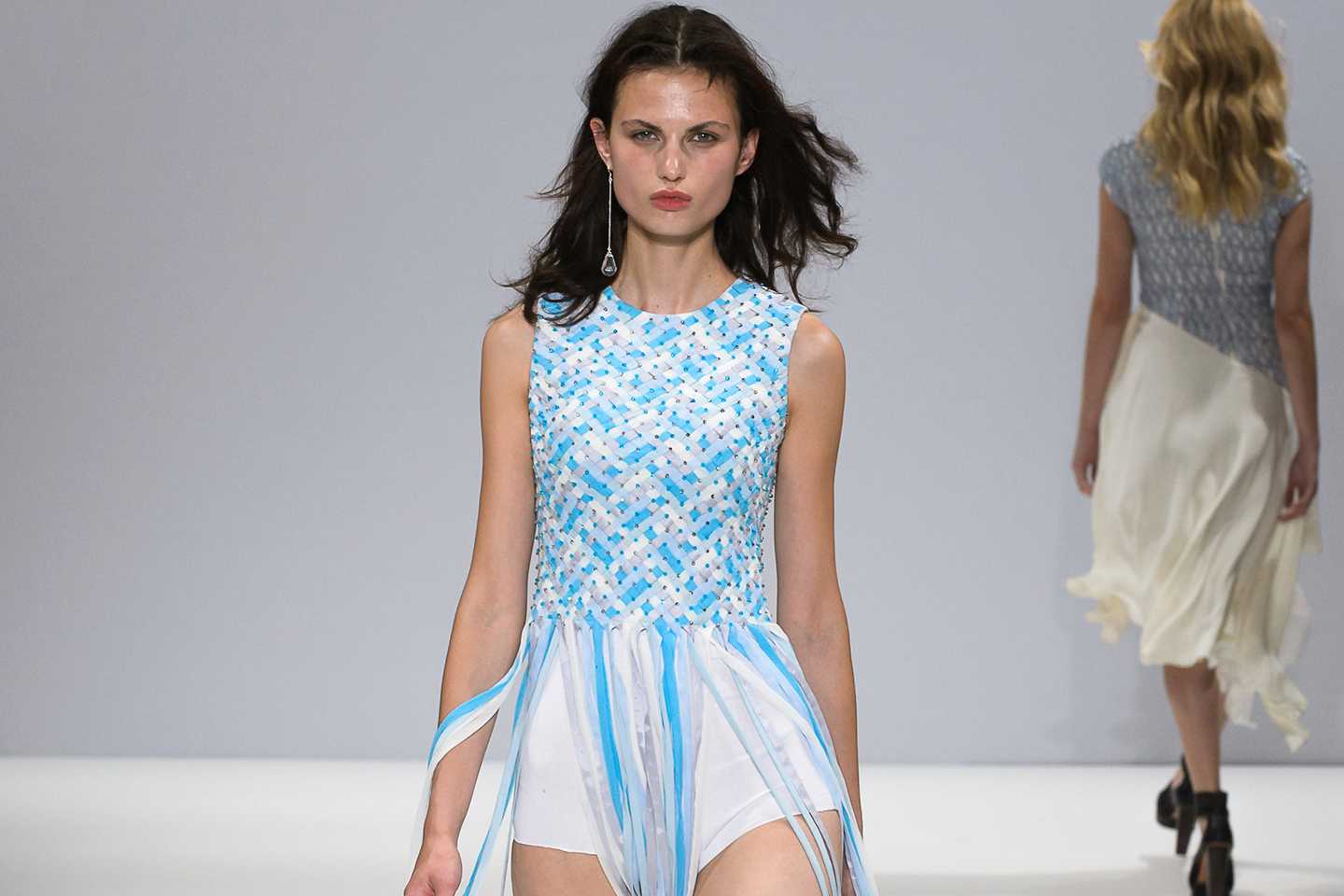 LULU LIU is a luxury London‐based Womenswear designer. The designer Lulu Liu founded it in 2011 after she graduated from the London College of Fashion in the Illustrious Brick Lane, London.

The weaving technique: It is the majestic characteristic of the brand. Indeed, after exhibiting for eight consecutive seasons at the London Fashion Week, this technique has become the LULU LIU Classic element. In Lulu’s weaving, the lines are a steady foundation of geometry. They depict the inner aesthetic of her braids creations. Lulu’s style symbolises her work, thanks to the unique western and eastern mixture of the Chinese, Japanese and English cultures she has steeped in. Lulu Liu was born in China.

She grew up and spent her teenage years in Japan and has studied and lived in the UK with her family since 2008. She has always been sensitive and perfectionist. She began to learn the piano very early. She loved Chopin's soft and smart tones, whilst she was always fascinated and flabbergasted by Liszt’s soothing notes details, found behind layers of rhythm. Lulu has attended three colleges in China, in Japan and in the UK. She has studied music, graphic design and animation design. Eventually, she found her true passion when studying Fashion at the London College of Fashion. From then on, she knew she wanted to spend her life growing as a fashion designer. Her style is unequivocally recognisable due to the restructuring of fabrics and volumes she performs, creating a wonderful textural effect.

The LULU LIU designs are endlessly creative: she manages to braid complex or traditional tassels.

Her success is sourced in the end of the needle catcher she uses and in the fringes she weaves so perfectly. The quality and expertise of Lulu Liu designs is indisputable, and has drawn praise from international press.

The DNA Of the brand: The LULU LIU story is a burning passion for the clothes and how they represent women’s role in today’s society: quintessential femininity and independence. Through her collections, Lulu offers her vision of contemporary femininity, destined to all women embracing it by asserting their uncompromising identity and freedom. This spiritual essence of style and creation is the symbol of the brand. It is precisely the way to help women on this path.