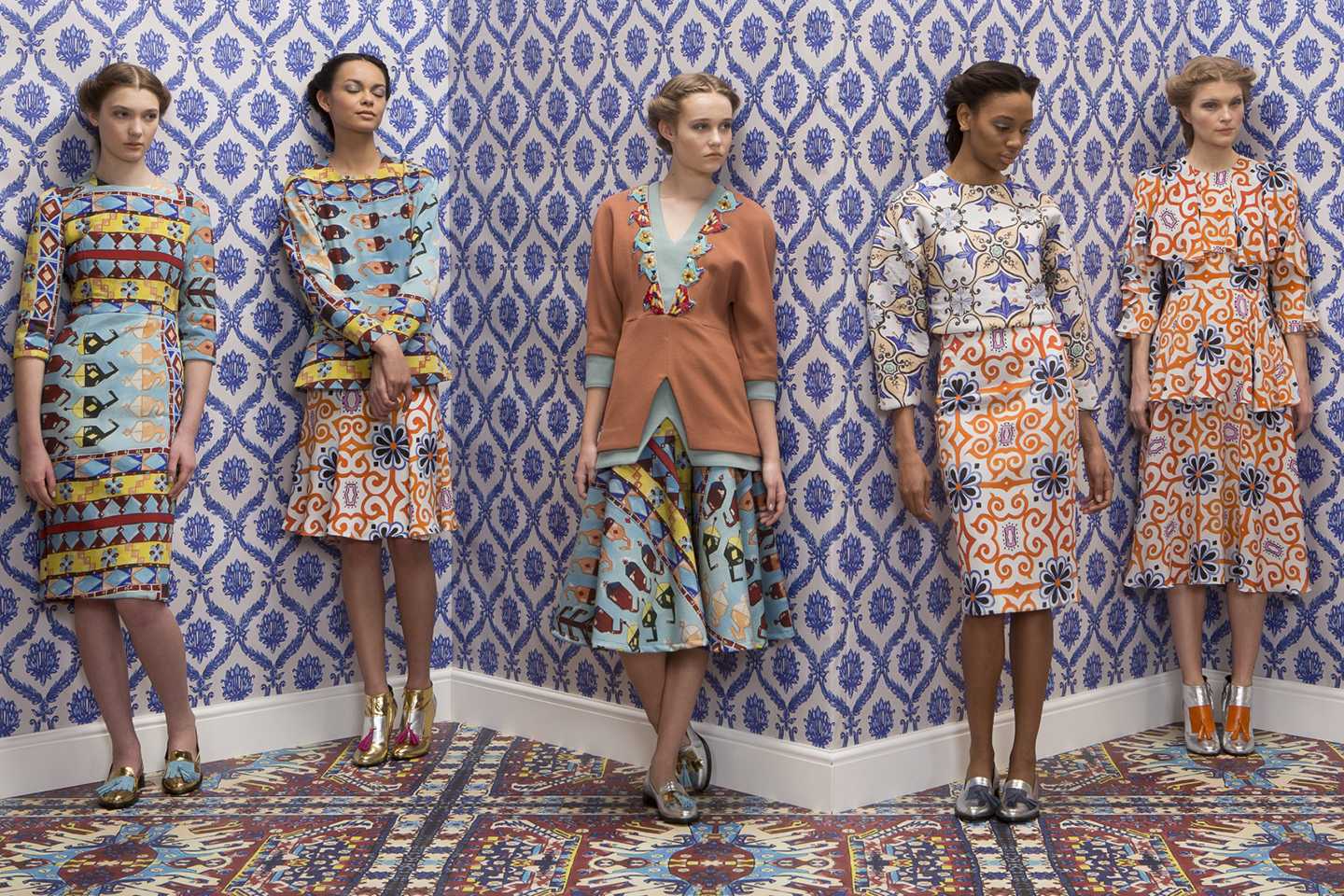 Georgian born, identical twin sisters Tamara and Natasha Surguladze graduated from Central St. Martins in 2000 with a collection that launched their careers as Tata Naka. Taka Naka were their childhood nicknames, but many friends were unable to tell them apart and they became collectively referred to as Tata Naka. The British Fashion Council awarded the designers the celebrated New Generation Awards at London Fashion Week three times in a row.

The brand consists of two lines: Tata Naka which concentrates on innovative shapes and modern, clean lines and Stolen Memories which celebrates the quirky and fun aspects of design and specializes in beautiful digital prints which are all produced from original artwork created by the girls themselves.

Tata Naka have also branched out into accessories with footwear, jewellery, swimwear and scarves and also design a range of childrenswear-Taka Naka shrunk to complement the mainline womenswear collection in miniature.