Announced at the Alternative Hair Show

More great news for the Superbrand as TONI&GUY Academy Educator Sylvestre Finold was announced As BEST AVANT GARDE HAIR award-winner at the 22nd AIPP Awards 2018-2019, for his collection ‘Freedom’. The awards ceremony was held on 14th October 2018 at the Freemason’s Hall in London. 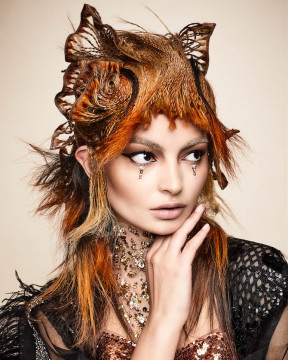 Award recipients were selected by the AIPP Magazine Members throughout the world over last month. This year participation was impressive, having inspired 912 photo entries from all around the globe.

This spring, Sylvestre will go up against four other winners for the chance to win the coveted AIPP Grand Trophy 2018-2019. This Avant Garde rising star has been also nominated for Avant Garde Hairdresser of the Year at November’s British Hairdressing Awards.