Cos has been named British Hairdresser of the Year at the glittering awards cermony Monday night. 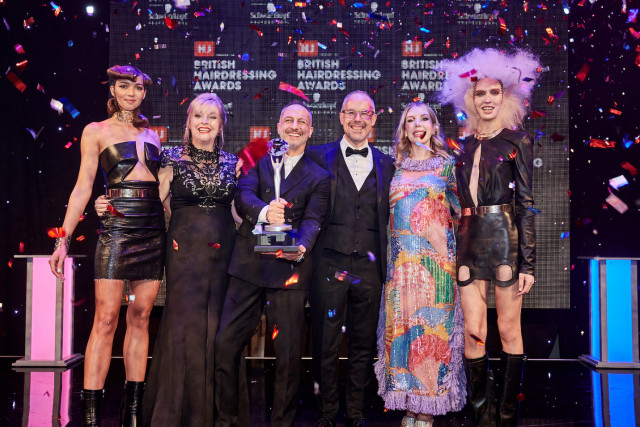 On Monday 28 November 2022 the winners of the British Hairdressing Awards, sponsored by Schwarzkopf Professional were crowned at the Grosvenor House Hotel, a JW Marriott hotel on London’s Park Lane.

Hosted by comedian Katherine Ryan, Hairdressers Journal International Executive Director, Jayne Lewis-Orr and Schwarzkopf Professional General Manager UK and Ireland, Julian Crane, the 1300-strong audience were entertained and inspired over the course of the evening with a variety of entertainment. There were fabulous shows from sponsors Schwarzkopf Professional and the seven British Hairdresser of the Year nominees, as well as a performance by artist Professor Green.

But the audience were there for one thing, and one thing only – to find out who had won the coveted British Hairdresser of the Year title.

Following his fifth-time nomination status Cos Sakkas, Global Creative Director for TONI&GUY has been crowned British Hairdresser of the Year 2022-2023. 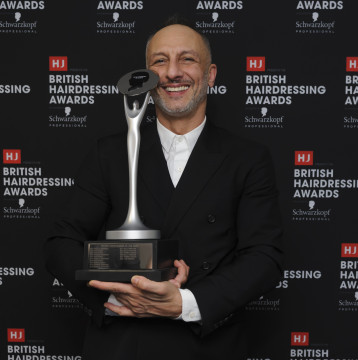 Cos said: “Thanks to Peter, who was here when I won newcomer in 1999. Thank you to Jayne, who has always been a big supporter. To Sacha Mascolo, my biggest supporter. Thank you to my team – look, we didn’t win tonight, but I love my team, you are the best team; you don’t understand how beautiful and talented you are.”

Earlier this year Cos was also recognised and awarded International Hairdresser of the Year status and is now the first person to hold two highly prestigious titles at the same time, which is a testament to his passion, skill and dedication to the craft of hairdressing.

Certainly no stranger to awards, Cos has won London Hairdresser of the Year three times, placing him in the Hall of Fame and being a part of the TONI&GUY Artistic Team, who broke records with their multiple award wins. He has been nominated for the prestigious British Hairdresser of the year award for 4 years before finally clinching the award with his stunning new Vertigo collection. He fought off strong competition and stood out in a highly-contested category with seven of the country’s most skilled stylists. He now joins an illustrious list of the best of the best.