Thirty years ago, one hundred hairdressers attended the very first British Hairdressing Awards, sponsored by Schwarzkopf Professional. This week saw more than 1,700 hairdressers come together at the glamorous Grosvenor House hotel to commemorate the 30th anniversary of the hairdressing Oscars, and to celebrate the winners in the nine regional and six specialist categories, as well as the ultimate award, HJ’s 2014 British Hairdresser of the Year.

The evening started with a trip down memory lane with a beautiful retrospective film that highlighted the achievements from the past 30 years. While HJ’s executive director Jayne Lewis-Orr welcomed everyone to the Great Room, host for the night comedian and TV personality James Corden wowed the crowd with his insider jokes and impressions of the industry. 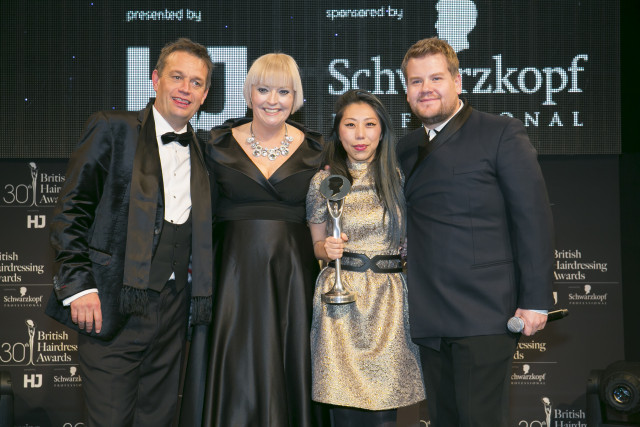