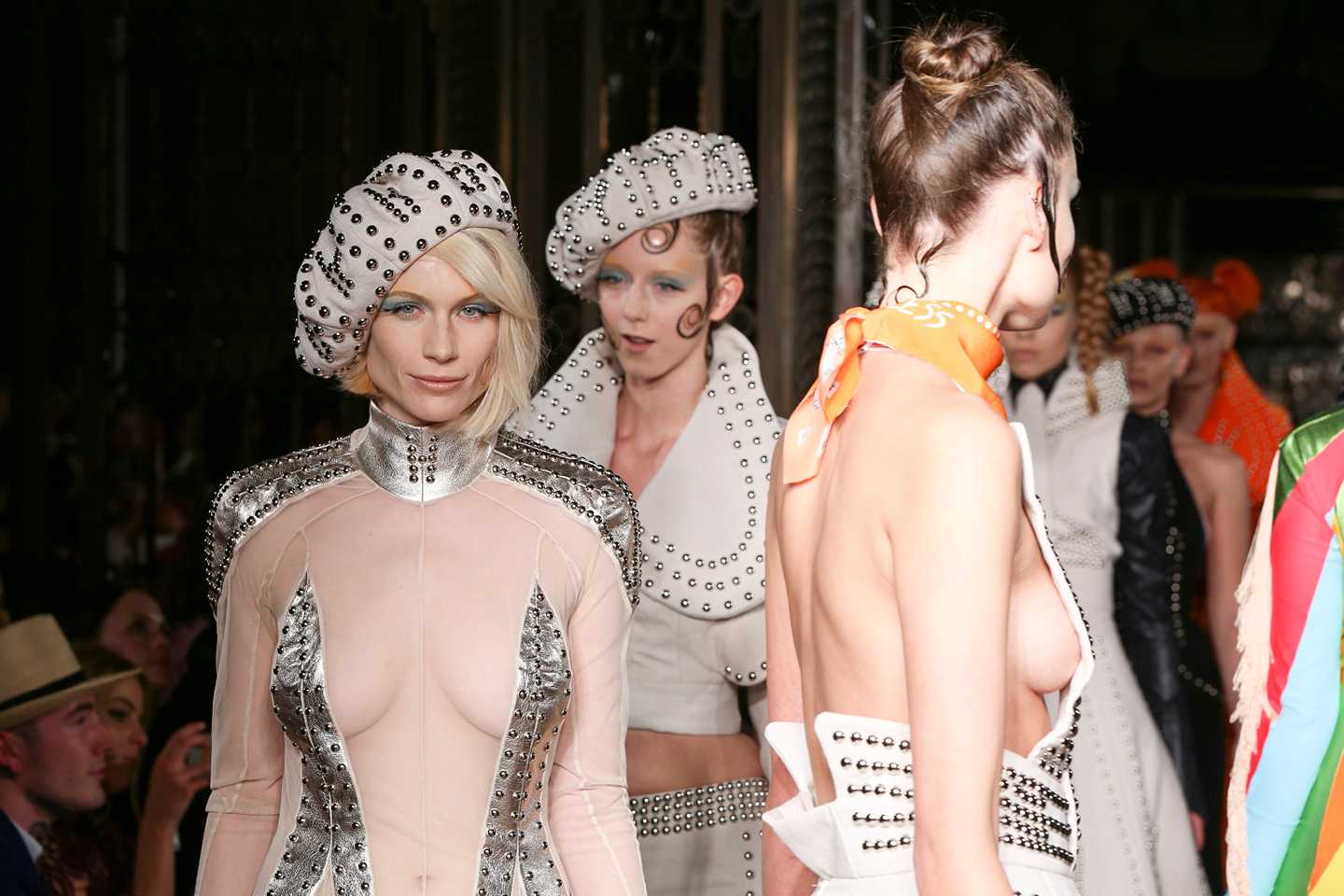 Pam Hogg is a legendary fashion designer, rockstar and artist who appeared on the cover of the raw issue of i-d in 1989. Pam who has support debbie harry and the pogues, is friends with siouxie sioux and bobby gillespie, and has had her fabulous fashions worn by everyone from kylie to rihanna. Scottish born and bred, pam cuts a striking dash wherever she treads, is a fabulous raconteur, great fun with an incredible talent.'' (i-d november 2010)

Pam Hogg studied at the Glasgow School of Art, where she won the Newbury Medal of Distinction, the Frank Warner Memorial Medal, the Leverhulme Scholarship and the Royal Society of Arts Bursary, which subsequently took her on to further study at the Royal College of Art in London, where she gained her Masters of Art degree.

Self-taught in making clothes from an early age, she caught the attention of clubland in the late seventies and early eighties heralding a new area of development which led to a career in fashion. Her creations were immediately embraced by the popular magazines of the time. She was photographed for i-D, BLITZ and The Face, and soon became a vital key in the emerging fashion talent as London was named the innovative fashion capital of the world.

Her first collections sold to Harrods, Harvey Nichols and Joseph in London, Bloomingdales, Benders and Charivari in New York and independent boutiques in Paris, Italy and Tokyo. Fashion Scout are proud to host Pam Hogg's show as part of our schedule during London Fashion Week SS16.